I took this pic at one of our local waterfront restaurants. It typified to me, the laid back lifestyle that we have here in Florida, with a climate that allows for the wearing of flip-flops all the year round.

The name “flip-flop” originated because of the slapping sound that is made between the sole of the foot and the floor when walking in them. This style of footwear has been worn by the people of many cultures throughout the world, originating with the ancient Egyptians as far back as 4,000 B.C, and depictions of flip-flops are to be found in murals adorning the walls of Egyptian tombs and temples. The oldest known pair, made from papyrus, is on display at the British Museum. I doubt that there is a single South African who doesn’t own at least one pair of flip-flops, and  I’ve been wearing them since the 1970’s, when we emigrated there from England. The ones I wear everyday as slippers, are a pair of Havaianas, which I’ve had for about three years. I thought they were quite a recent phenomenon, and didn’t realise that this brand which are sold even in such upmarket stores as Bloomingdales and Niemann Marcus, actually celebrates its 50th birthday this year, and was once the workaday footwear of the Brazilian poor. What a great success story! How many pairs of flip-flops do you own? I just checked my closet, and was shocked to find that I have seventeen pairs, varying from beach flat casuals, to gold and silver evening ones with heels.

96 comments on “Sunday Stills: F is for Flip-Flops” 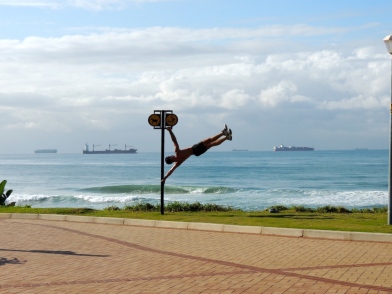 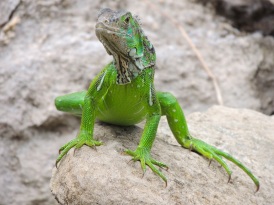