A Brown Pelican shows his considerable wing-span as he takes off on a fishing trip.

Because of this pesky virus, it’s been far too long that we’ve been confined to our immediate surroundings. I’m feeling cautiously hopeful that with the vaccine roll outs, we might once again be able to ‘spread our wings’ and fly away to see far-flung family. The last time we saw my mom–in-law in England, she was only 106. This year she turns 108, so as you can imagine we’re really hoping we’ll be able to visit her this summer.

Wishing you all a splendid weekend. To join in Debbie’s ‘Six Word Saturday’, just click the link.

To me, the word ‘Empty’ has a very sad ring to it. It means ‘unoccupied’ or devoid of content.

Ten years ago we were on a wonderful tour of Italy; ah yes, those were the days. ….”sigh”. One of the saddest places I’ve ever visited is the ancient city of Pompeii. The excavated ruins of this once vibrant and bustling city, really gave me goosebumps.

On 24th August 79 AD, some 20,000 people lost their lives when Mount Vesuvius erupted, burying the city and its residents under twenty-seven feet of volcanic ash. In happier days, this chariot-rutted street would have been a hive of activity, lined with stalls and jammed with customers from dawn to dusk. Roman chariots would have been vying with shoppers for street space. Now it’s empty except for curious tourists like myself.

Wishing you all a great week, full of interesting activities. Hubby and I have been redesigning the front garden and planting lots of pretty flowers.

To join in ‘Debbie’s ‘One Word Sunday’, just click the link.

Snowy Egret is a regular visitor to our backyard. He’s usually on a food-finding mission and woe betide any unsuspecting frogs or lizards who happen to catch his observant eyes. He makes short shrift of them, grabbing them mercilessly in his beak and swallowing them whole, never to be seen again. He is distinguishable from the Great Egret by his bright yellow feet, plus he’s somewhat smaller.

In the late nineteenth century, this majestic bird was hunted for its soft, pure-white breeding feathers which were used to adorn women’s hats. These much sought after plumes sold for thirty two dollars per ounce, twice the price of gold at that time. This practice almost led to their extinction. Thankfully, they and many other birds are now protected by the ‘Migratory Bird Treaty Act of 1918’ which makes it unlawful to hunt, capture or sell nearly 1,100 birds listed in the treaty.

Wishing you all a splendid weekend. We are expecting 30 C today, so I think I’ll stay indoors and play my piano.

One of the largest and most spectacular of Florida’s birds, is the Great Blue Heron, and those of you who have followed my blog for a while will know that Mr. GBH is my favourite. Great Blue Herons grow to between 3.2 to 4.5 feet and have a wingspan of 5.5 to 6.5 feet.

They are carnivores and have quite an appetite for sushi, devouring about a pound of fish a day. They are also not averse to feeding on a wide range of shrimp, crabs, aquatic insects, rodents and other small mammals when the opportunity arises. I was horrified to read that they also occasionally snaffle up a duckling or two when Momma duck isn’t looking.

Mr. GBH is such an elegant guy and can strike quite the pose especially when he knows he’s being photographed. He’s so proud of his subtle blue-gray plumage, his slim, cellulite-free legs and that dagger of a beak which can strike like lightning when his laser-like stare spots his next meal.

Great blue herons mostly nest in colonies called ‘heronries’ in trees near water. They are usually monogamous during any one season, but next season often decide to try out a new mate, and scuffles over females are quite common, although never to the death.

To Native Americans, the Heron is a symbol of patience, self-reliance and self-determination. Even though his legs are long and spindly, he has the ability to stand firm and motionless as he calmly waits for his prey to appear.

I hope your week is going well. It’s getting warm again here in Florida and feels more like summer than winter. Hubby and I are looking forward to meeting friends for lunch tomorrow at a waterfront restaurant with outdoor seating.

It’s been a good week and on Wednesday, hubby and I were fortunate enough to receive our first Covid19 vaccinations. Our second ones are scheduled for early March, so now I feel much more relaxed about the family coming to visit in early April. Wishing you all a relaxing but fruitful weekend.

Whilst visiting our family in New Jersey, a few years ago, our smallest granddaughter Taylor,

presented me with a drawing that she’d made of us all. I thought it was so cute how she’d lined us all up with granny and granddad being the tallest, then her mom and dad, slightly shorter, followed by herself, her older sister and then her younger brother being the smallest. It was also good to see that we all had smiley faces.

To join Debbie’s ‘One Word Sunday’, just click the link.

Wishing you all a very happy February, which happens to be the smallest month. 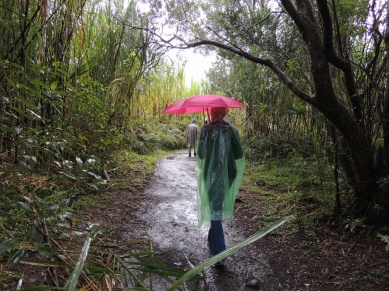 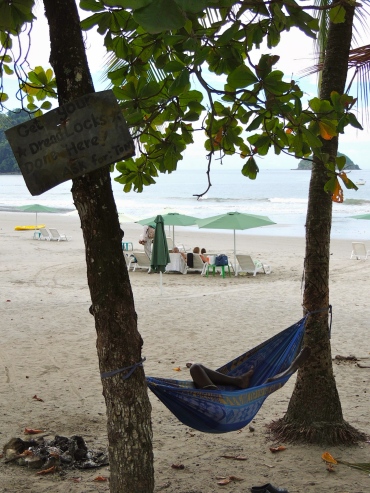 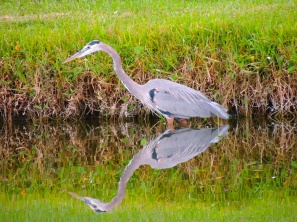