Following on from my post yesterday, here are a couple of lifeguards as requested by Gilly of ‘Lucid Gypsy‘. I’m afraid it’s not really Baywatch stuff, and David Hasselhoff wasn’t around at the time.  I spotted these two, some time ago at the Bronze Beach Lifeguard Tower. It was a Sunday afternoon, and one of them looked to be having a snooze. Hopefully they take it in turns to keep watch, and don’t both nap at the same time. 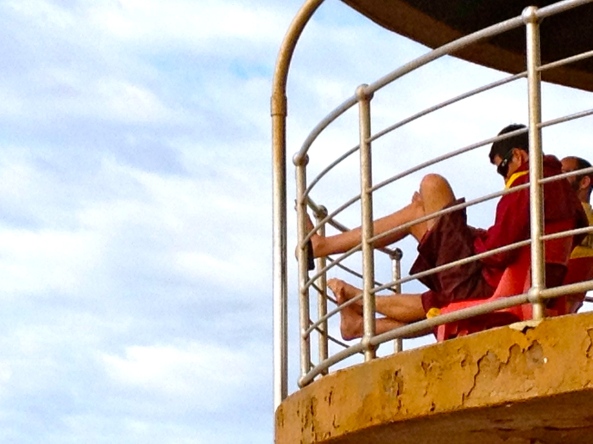 In 1869, the first beach cottage was built in Umhlanga Rocks. Named ‘The Oyster Lodge’, it had a beautiful ocean view, and tea and scones were served to passers-by in a true spirit of hospitality. The cottage had a reflective roof, which served as a beacon for the captains of passing ships, to help them navigate their vessels around the rocky headland.

In 1954 Umhlanga’s distinctive red and white lighthouse came into operation, to warn ships away from the dangers of these rocks. The red sun umbrellas of the Oyster Box Hotel, which was built on the site of the original cottage, can be seen to the right of the lighthouse.

Another landmark for me, has always been the Lifeguard Tower at the main beach. As I walked past, I would often see the young volunteers up there, watching over the bathers. About a week ago, I was really surprised and rather sad, to see that the lifeguard tower which has been there as long as I can remember, was being demolished.

Every time we went for a walk along the promenade, I would take photos, as it slowly disintegrated.

At this stage, it was quite distressing to see how this once bright and beautiful tower, was reduced to a pathetically sad ruin with a bad hairdo.

It didn’t take too long before all that was left, was this forlorn heap of rubble. 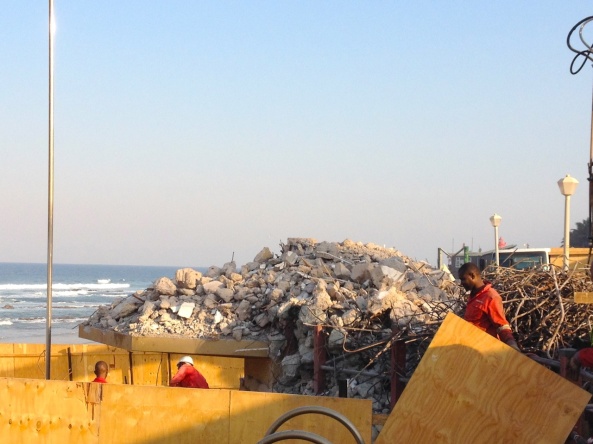 And now the rubble is cleared, and work on the construction of the new one can begin. 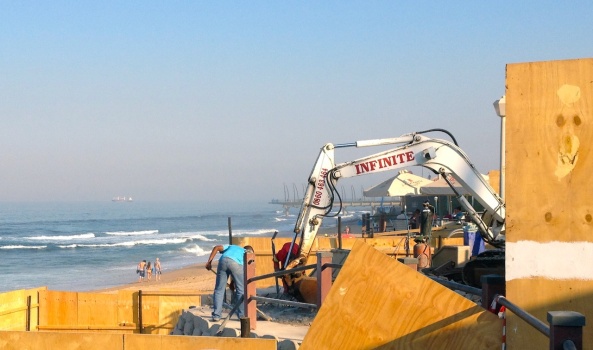 Soon, a new and improved tower will rise in it’s place. It will be ‘C’ shaped, and the balcony will have a 180º view of the beach. It’s expected to be completed in October, but sadly, we will have left long before then. I’m sure we’ll be over again some time next year, so I’ll be able to see  if I approve of the new design. In the mean time, the lifeguards will have to made do with this. 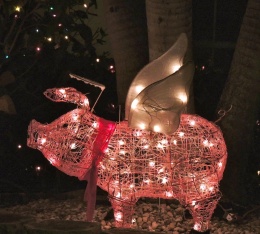 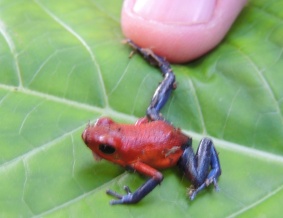 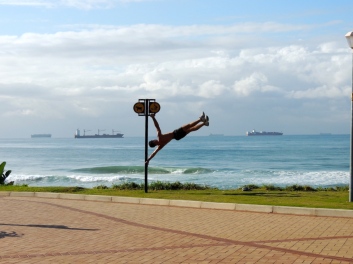