As we travelled to San Jose after an overnight stay in Paso Robles, hubby remarked that soon we would be crossing the San Andreas fault line and also would most likely drive through the road junction where James Dean met his untimely death in 1955 at the young age of twenty-four. I kept a look out of the window and was fascinated by the way the hills over to my right looked almost like undulating velvet. My shot through the car window is a bit blurry, but I’m sure you can see what I mean. “What a desolate but beautiful place,” I thought.

I was so intent on looking at the hills and thinking about the fault line, which actually crosses the road roughly midway between where the road accident happened and James Dean’s memorial, that I almost missed the spot where his fans come to leave their strange miscellany of tributes. Almost missed it, but not quite, as I must have pressed the shutter just at the right moment. Yay me!

Apparently people leave all sorts of objects there, from Chesterfield cigarettes, playing cards and beer bottles, to intimate items of women’s clothing hanging on the fence together with an assortment of American flags.

Just after the junction where the crash had happened, we saw a diner with a few motorcycles parked outside. It seemed like a good place to stop for lunch and the official memorial was right there too.

Inside the cafe, the walls were adorned with memorabilia pertaining to the young icon. At a table in the corner where most of the photos were displayed, sat three elderly biker guys chatting animatedly about the times they’d been pulled over by the traffic cops and what their fate had been. From the snatches of conversation that I overheard, they mostly got away scot-free with their misdemeanors. When they left, I got up to take a couple of photos and noticed one of them had left a jacket on the back of the chair where he’d been sitting. I was about to pick it up and take it outside to him, when he reappeared and we had a very friendly chat about where I was from and where we were headed, after which he offered to take my photo before retrieving his jacket and rejoining his friends.

The whole corner was filled with photos of and newspaper cuttings about James Dean, together with photos of the wreckage of his Porsche 550 Spyder, which he nicknamed ‘Little Bastard’.

Ironically, James’s last autograph was on the speeding ticket he’d collected on the same day he died and only two hours before his fatal accident.

Here is the newspaper report of his death. As you can see, the entire front page was devoted to him.

“ If a man can bridge the gap between life and death, if he can live on after he’s dead, then maybe he was a great man.” ~ James Dean

Although it seems as though the name ‘James Dean’ has always been known to me, only now, more than sixty years later did I think to find out more about him and how he died. If your curiosity has been sparked, here’s a fascinating article about the circumstances of his accident and what happened to his Porsche ‘Little Bastard’ afterwards. https://allthatsinteresting.com/james-dean-death

49 comments on “Lunch with James Dean.” 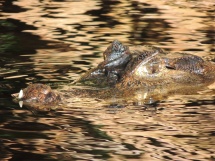 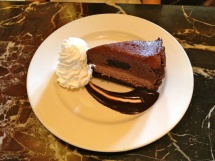